Learning how to take a screenshot on Windows systems is the simplest way to preserve or share any visual content from a website, program, or video game. You can take it and send it via email, social media, or file-sharing sites with just a few clicks.

This article will show you how to screen-capture any webpage, program, and even full-screen video games using a wide variety of methods. You’ll learn how to capture not just static screenshots but also record videos.

We’ll also explore the differences in screenshotting between the most recent Windows versions: 7, 8, and 10.

This method works on any version of Windows, including Windows XP and 95.

Standard keyboards for Windows computers include a dedicated key to capture your screen. It looks something like this:

The PrtSc key on the keyboard.

The print screen key says “Print Screen,” “PrtSc,” or “PrtScn,” depending on your keyboard and country. It’s typically in the top right corner beside the final F12 key.

Note: On some newer keyboards, especially on laptops, you need to hold down the “Fn” or “Function”  key while pressing “PrtSc” to capture the screen.

When you use this method, the OS copies the entire screen automatically to the clipboard. From there, you can directly paste it into an email, social media platform, or messaging app. You can even start editing it in an image editing software like Photoshop or even MS Paint. 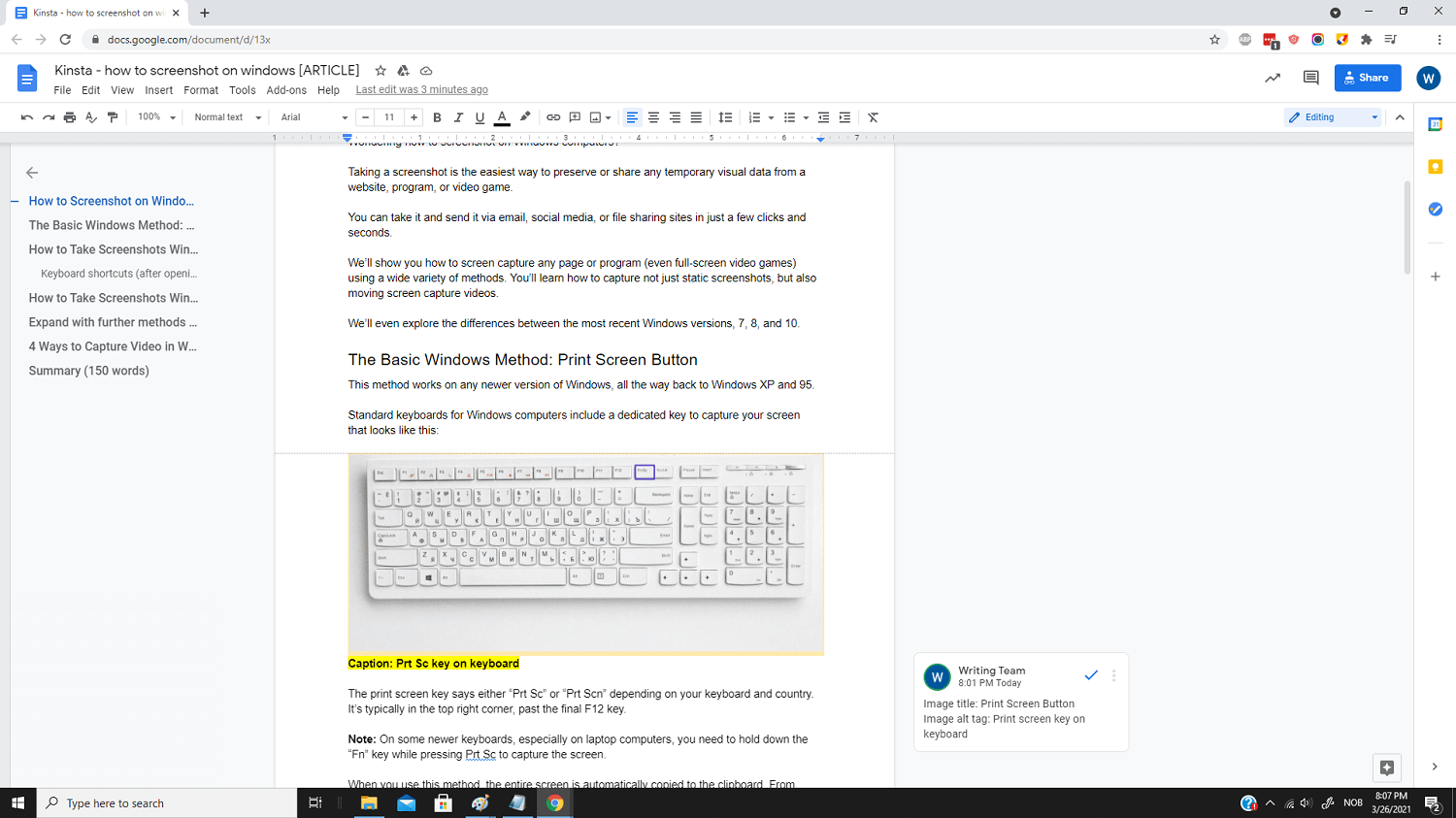 A basic full-screen screenshot in Windows.

Note: One disadvantage of using this method is that it automatically captures the entire screen, including the toolbar and tab bar of your screen. Manually cropping can lead to inconsistent screenshot sizes.

Quickly capture any webpage, program, and even full-screen video games in Windows with help from this guide ?Click to Tweet

One of the easiest ways to save a screenshot taken with the print screen key is to paste it into your photo editing software of choice. For example, you can use Microsoft Paint, which comes free with all relevant versions of Windows.

Open up Paint and press Ctrl + V to paste the screenshot. You can also right-click and select Paste from the dropdown menu. 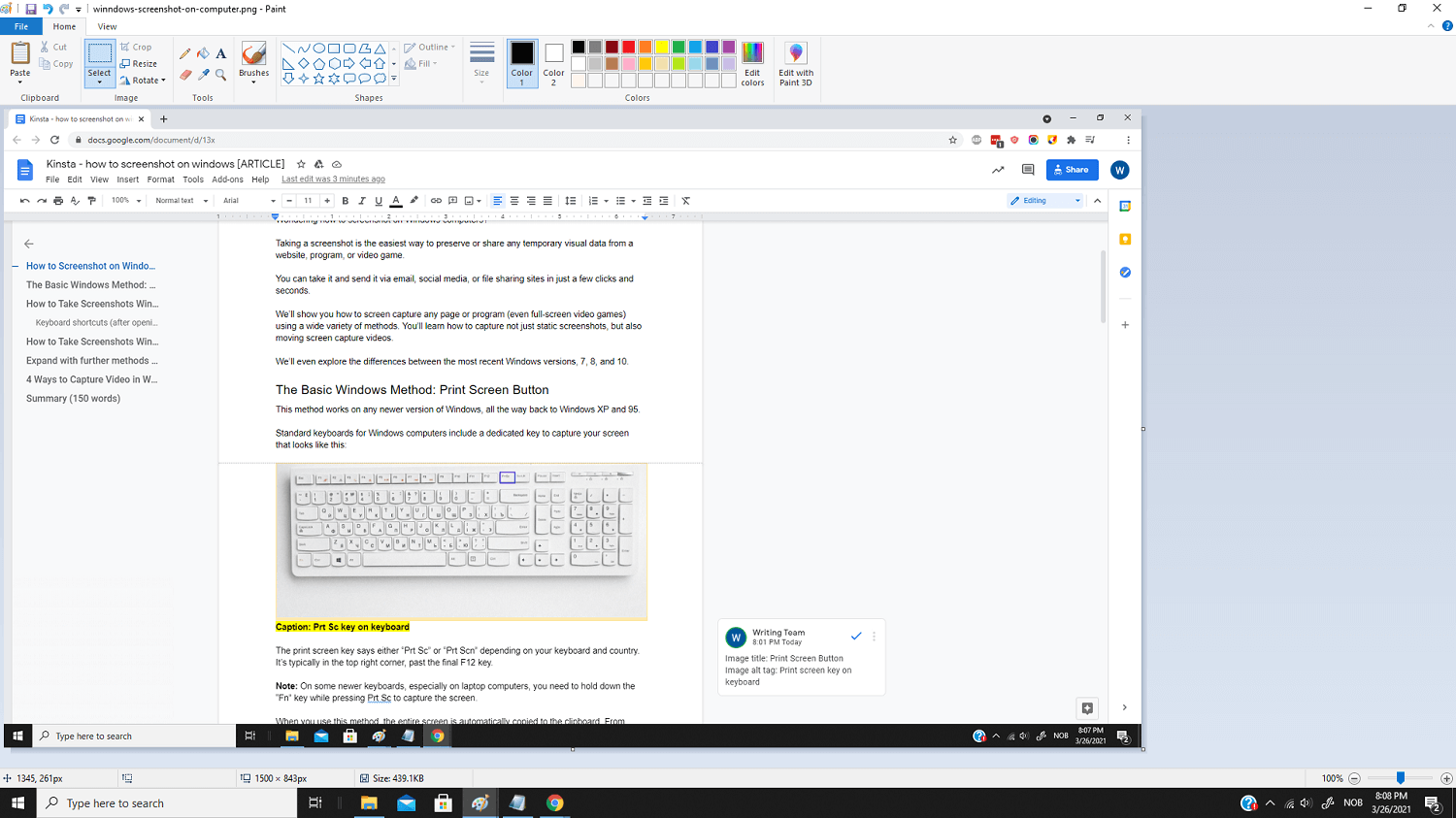 
This article was written by Salman Ravoof and originally published on Blog – Kinsta.