It’s not your imagination. SiteGround has slow TTFBs.

On one hand, they migrated to Google Cloud servers, upgraded their SG Optimizer plugin, and released Ultrafast PHP on their GoGeek plan which they say can improve TTFBs by up to 50%.

On the other hand, Backlinko’s Page Speed study found SiteGround had some of the worst TTFBs. This alligned with my own test when comparing TTFBs of 16 WordPress hosts and SiteGround was one the slowest (only above HostGator). Additionally, there has been many complaints in Facebook Groups about SiteGround’s slow TTFB, CPU limits, and other problems.

Who do you believe? And how do you fix it?

In this guide, I will show how to diagnose slow TTFBs if you’re on SiteGround, show you evidence that SiteGround does in fact have slow TTFBs, and possible solutions to fix it.

Check For Slow TTFBs On SiteGround

Before jumping to conclusions, make sure your TTFB is actually slow. There are various tools to measure TTFB such as KeyCDN, GTmetrix, and WebPageTest. Make sure you’re looking at US locations (specifically in KeyCDN) since testing locations that are far away have slower TTFBs.

These are actual TTFBs of a test site I setup on SiteGround’s GrowBig plan that uses a simple Astra Starter Site (no CDN or SG Optimizer). View demo at: stgrndserver.com. 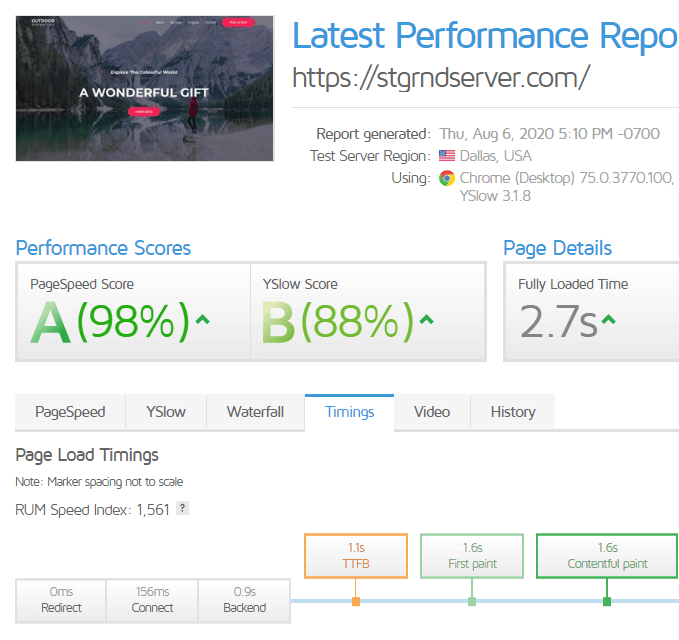 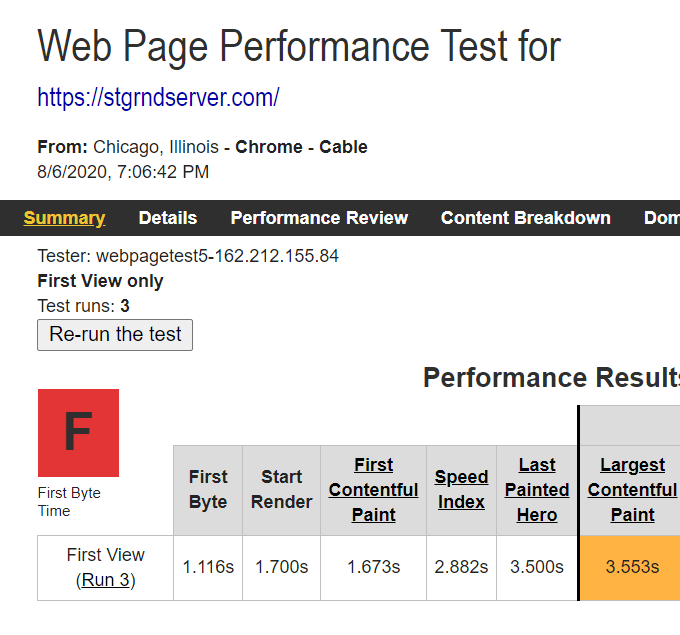 Just did a new speed test since moving https://t.co/ckJrvCtW4b from Siteground, with a CDN, to @Cloudways, CDN not yet installed.

Big difference internationally. Note the colored bars go up to 4 seconds on Siteground (left) and only 2.5 second on Cloudways (right): pic.twitter.com/aSU1eJttOl


This article was written by Tom Dupuis and originally published on Tom Dupuis.